Every new beginning comes from some other beginning’s end

In honor of #WorldPenguinDay (April 25), I thought it would be appropriate that my inaugural post should be about penguins. Specifically, about penguin teeth.

The picture to the left is my wife’s profile picture on Google. It’s nightmarish. Alien. About to eat you with its fearsome, gnashing teeth. Grrr. It’s an Adélie penguin, and it looks like it’s about to tear you apart and pull you into its gullet.

Penguins being birds, though, have no teeth. What this particular species does have is a very, very sharp beak, and backwards-pointing spines lining their mouths and tongues. These spines force their prey down their throat, and prevent whatever they’re eating from squirming back up to freedom.

In short: Penguins do not have teeth. But knowing that a really huge one, with its backwards-facing tongue spines, could swallow you whole without even chewing is probably pretty frightening. 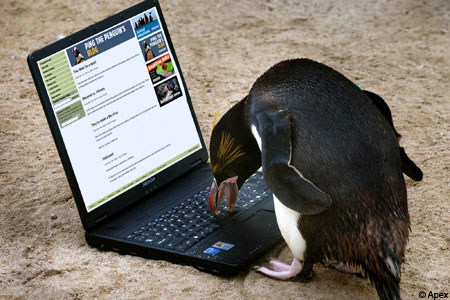